Reposted from the blog MoralesWrites by Jennifer Morales

Jennifer Morales is on a national book tour for her fiction collection, Meet Me Halfway: Milwaukee Stories (UW Press), and having conversations about race in America

Tuesday was the first time on the Meet Me Halfwaybook tour when the travel schedule, the weather, and our health aligned to allow me and Keren to get out with the “Please Talk With Me About Race” sign. The sign is about 4 feet tall and is painted with black lettering on a white background. We have a 1×4 to prop it up so passersby can read it easily.

We looked for an area of St. Louis that had two things: diverse foot traffic and a laundromat. (It’s Day 6 and we were running out of underwear …) While the clothes spun in the washer, we drove down S. Grand Avenue to find a good place to set up shop. There was a little pocket park in the middle of a row of restaurants, Ritz Park, run by the local business improvement district. It had concrete benches near the sidewalk where diners, students, and others were going by. So when the laundry was dry, we went back there.

I settled myself in on one of the benches with the sign next to me and put on my “door face” — the open, welcoming, cheerful face I used to wear whenever I rang a doorbell during voter outreach on the campaign trail. 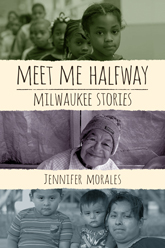 I took notes on each interaction we had — from the African American studies professor who outlined the racial divisions in St. Louis County for us, to the white man who flew by saying, “I’m late for a meeting but I’m so glad you’re doing this,” to the black homeless Army veteran who told us how he lived and worked odd jobs in this neighborhood “365 days a year” but was still regularly arrested by white police officers for no reason at all.

But I want most to talk about Gordon. He is a 30-year-old African American man, currently down on his luck and couch surfing. When I asked him if he would talk with me, he looked at my “Please Talk With Me About Race” and said, “Sure, as long as you’re talking about how to end it. As long as it’s for good.”

After he told me familiar stories about his dealings with cops — don’t gather in groups larger than two, try to stay by older folks if possible, walk away slowly if you see a white cop coming but don’t let him know you saw him — I asked Gordon if he thought the state of racial dialogue was better or worse since the death of Mike Brown in Ferguson.

“Definitely worse,” he said. The people in the mostly white areas of the county were using the protests that followed Brown’s death as further reason to look down upon and shut themselves away from young black men like Gordon.

He paused and then pointed to organizing. He called on the “old heads” to help the younger generations focus their protests in the most powerful and effective ways. But he acknowledged the importance of mass protest to make the case for justice, regardless. “Dr. Martin Luther King didn’t do it all himself. It was a lot of people over a lot of years.”

Finally, he mentioned white allies speaking up. He had recently seen an old movie about a black man charged with rape and the white lawyer who defended him.

“To Kill a Mockingbird?” I suggested.

“Yeah, that was it. White people have to get to the point of saying ‘This is wrong.’ That white lawyer knew the guy didn’t do it, so he stood up.”

Read more of Jennifer Morales’s blogs from her tour, talking about race in America at MoralesWrites.com.

The Midwestern History Association this week announced the winner of its first annual Frederick Jackson Turner Award, bestowed on an individual for lifetime service to Midwestern history. The honor is conferred upon Margaret Beattie Bogue, professor emerita of history and liberal studies at the University of Wisconsin–Madison. 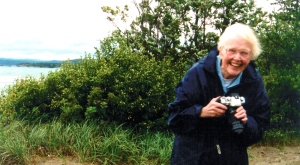 Bogue joined the University of Wisconsin Extension program in 1966 and later the Department of History at UW–Madison. Her research interests have included the fisheries and wetlands of the Great Lakes region as well as Midwestern agricultural and environmental history.

“The Midwestern History Association is proud to confer the first Turner Award upon Professor Bogue, who has been a long-time leader in studying the American Midwest, especially its deeply agrarian character and the decisive role of the Great Lakes in the region’s development,” said Jon K. Lauck, president of the association.

Bogue’s definitive history of the decline of the Great Lakes’ fisheries—Fishing the Great Lakes: An Environmental History, 1783–1933 was published in 2000 by the University of Wisconsin Press and received national and regional awards, including the Wisconsin Library Association’s Outstanding Achievement book award. She also brought the rich local histories of the Great Lakes region to the general public through two guides to historic sites: Around the Shores of Lake Michigan and Around the Shores of Lake Superior, also both published by UW Press. In her 2007 second edition of the Superior book, she added historical essays on the Ojibwe presence, French exploration, industry on and around the lake, and the impact of this human history on the natural environment, garnering that book several awards, including the Award of 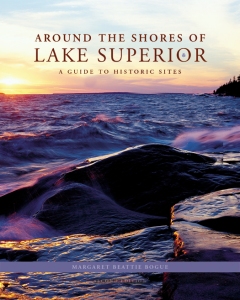 Merit for Leadership in History from the American Association for State and Local History. Her first book, in 1959, was Patterns from the Sod: Land Use and Tenure in the Grand Prairie, 1850–1900 (Illinois State Historical Library).

“Margaret Bogue does meticulous research and analysis, but she makes her work accessible to general readers as well as scholars. She’s always been active in bringing history to the citizens of the Midwest and Great Lakes regions,” noted Gwen Walker, editorial director of the University of Wisconsin Press.

The Turner Award is named for the prominent historian Frederick Jackson Turner, whose famous 1890 lecture on the influence of “the frontier” on American identity considerably shaped the historiography of the Midwest and the broader field of U.S. history. Turner was born in Portage, Wisconsin, in 1861 and earned his BA from the University of Wisconsin in 1884. His essays on regionalism and the American Midwest won the Pulitzer Prize in history in 1933. As a professor at the University of Wisconsin and later at Harvard, Turner trained many historians and helped shape many fields of historiography. Perhaps his greatest contribution to the discipline of American history was his focus on Midwestern history, an emphasis that was carried on by his many students.